We all know and love lower King Street's pedestrian way, lined with our favorite restaurants and ice creameries. Now, we have a new restaurant to love: Emmy Squared Pizza, which opened July 1 and offering Detroit-style pizza, burgers, sandwiches, and more!

Emmy Squared Pizza originated in Williamsburg, Brooklyn, in 2016. Emmy Squared Pizza is loved for its Detroit-style pizza signature style, known for its square shape, crispy bottom, and cheesy crust. Aside from their killer pizzas, Emmy Squared also offers their "famous" double-stack burger called 'the Le Big Matt' as well as a selection of salads and pretzel bun sandwiches. Since 2016, Emmy Squared has expanded to locations across New York City, Nashville, Philadelphia, Louisville, and the Washington D.C. area. This new restaurant has been enjoyed by Washingtonians in the Shaw neighborhood (1924 8th St NW) and in Navy Yard (1300 4th St SE) before its expansion to Alexandria.

"We could not be happier than to find our sweet neighborhood home in Old Town, Alexandria. What a warm and wonderful welcome we have received! It feels great to be part of such a lovely and bustling community, and we love that our pizza restaurant is surrounded by other such markers of wholesomeness as the ice cream shops and other restaurants that dot the way down to the waterfront." - Emily Hyland, Emmy Squared Pizza Founder 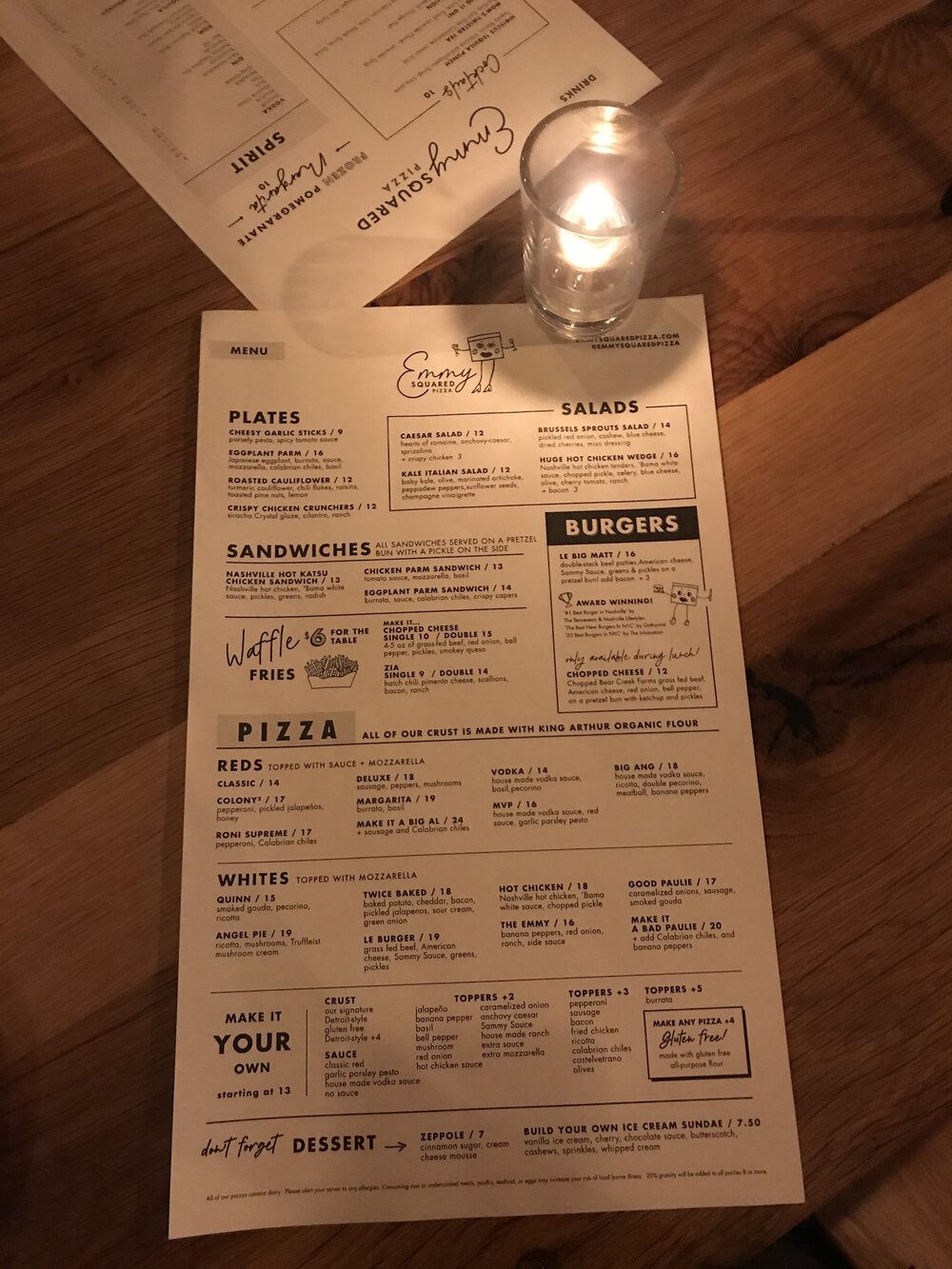 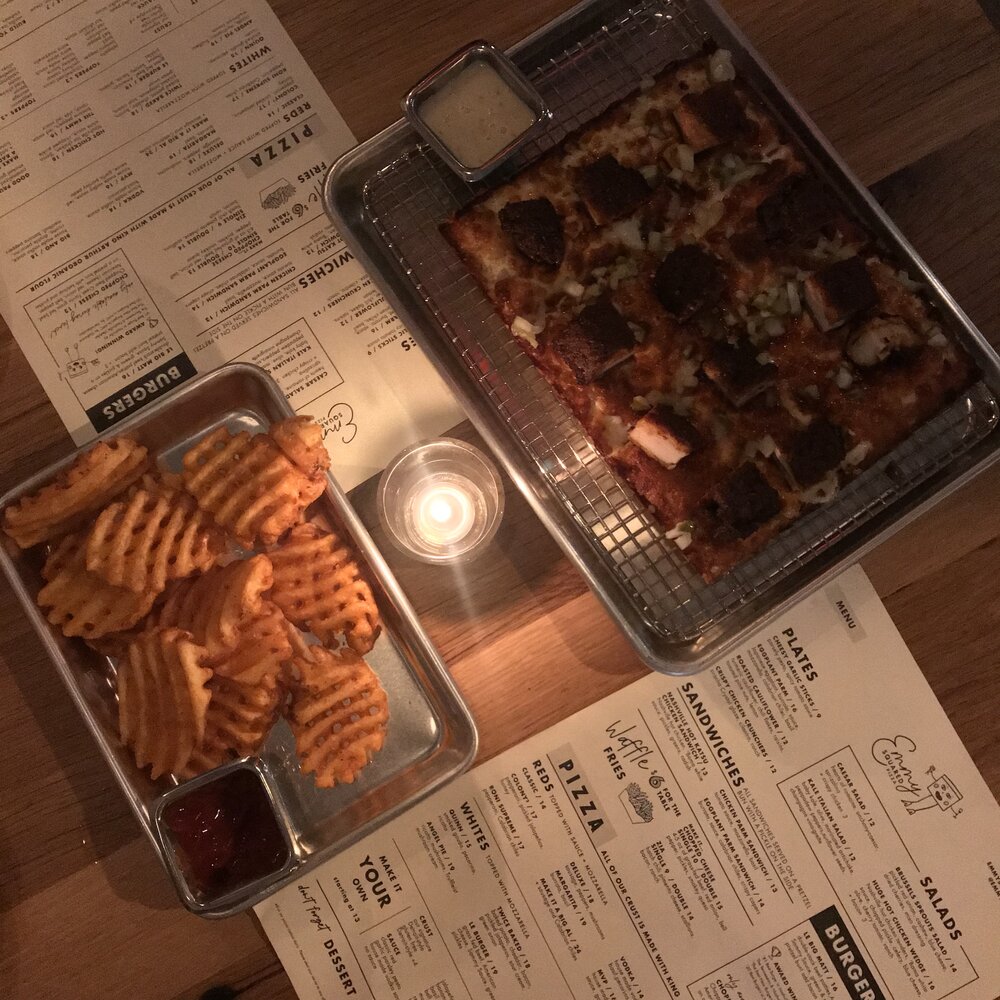 The menu offers a variety of tempting salads, sandwiches, and pizzas. Red pizza selections include their Classic Pie, Margarita Pie, Big Al Pie, Roni Supreme Pie, and others featuring Emmy's house-made red and vodka sauces. The white pizza selections include unique combinations like The Twice Baked, which features baked potato, cheddar, bacon, and pickled jalapenos, or The Le Burger, which is basically a pizza version of their award-winning Le Big Matt burger! We tried the Hot Chicken Pizza topped with 'Bama white sauce, hot chicken, and pickles! It seemed only appropriate to try something out of the box, especially when offered fun twists on traditional pizza. To top off our meal, we enjoyed the Zeppole! These dessert pizza dough balls, dusted in cinnamon sugar and dipped in a cream cheese mousse, were the perfect way to end a delicious meal.

Emmy's official opening was Wednesday, June 30, after their soft-opening success the weekend before. Sitting right next to Urbano 116 and across from Landini Brothers Restaurant, Emmy Squared Pizza is just a short walk from the water and sure to be a community favorite. We visited the day after their official opening, and even on a rainy Alexandria night, Emmy Squared Pizza was full of eager customers enjoying a slice of their famed square pizza! Will Emmy Squared become your next pizza night favorite?!

The Patterson Group is one of the most experienced and trusted real estate teams in the area, serving the community of Alexandria, VA for more than 30 years.

Selling the best for over 30 years.
Integrity · Loyalty · Professionalism

Register to create a personal portfolio where you can save your listings.